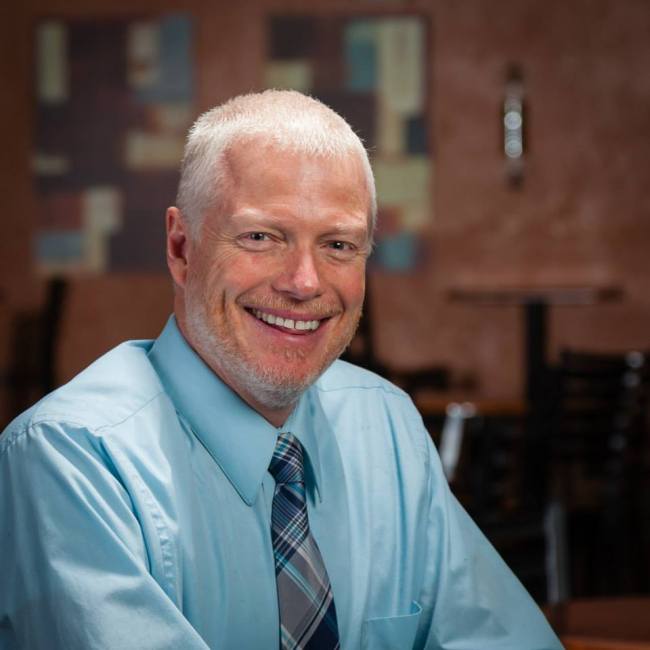 Shane L. Bishop, A Distinguished Evangelist of the United Methodist Church, became the Senior Pastor of Christ United Methodist Church in July of 1997. During his seventeen year tenure, Christ Church worship attendance has increased from 200 to over 2,000.  A former history teacher and coach, Shane holds both graduate and undergraduate degrees from Southern Illinois University-Carbondale. An Elder in the Illinois Great Rivers Conference, Shane graduated cum laude in 1992 from Candler School of Theology at Emory University. There he received the Rollins Scholarship Award for his strong academic work and effectiveness in pastoral leadership at the St. James-Manchester Charge in Manchester, Georgia.  From 1992-1997 he served the Sumner/Beulah Charge in Sumner, Illinois where he was presented the Denman Evangelism Award by the Southern Illinois Conference in 1994.

Elected to represent the Illinois Great Rivers Conference (IGRC) at General Conference three times and Jurisdictional Conference four times, Shane was a member of the Jurisdictional Episcopacy Committee from 2004-2012.  He has traveled extensively around the world in mission and ministry.  2013 speaking engagements included the National Gathering of United Methodist Men in Nashville, Tennessee and the Equipping, Calling, Going (EGC) Conference in Scarborough, England.  He is the author of Exactly as I Remember It (2012), Re:member (2013) and has been a featured writer in numerous publications.

He resides in Belleville with his wife of 30 years, Melissa.  The couple has two married children and four grandchildren.  He enjoys playing competitive NSA softball, American History and the St. Louis Cardinals.

Senior Pastor of Christ Church, Fairview Heights, IL since 1997. I am an orthodox Christian but I am not in a bad mood about it. A Distinguished Evangelist of the United Methodist Church. View more posts